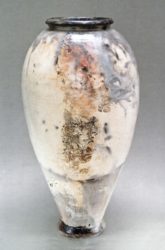 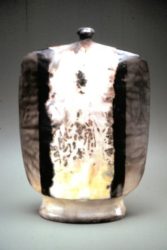 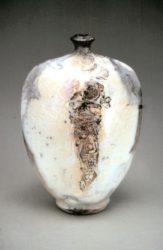 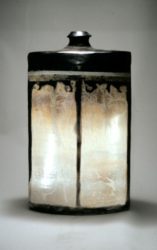 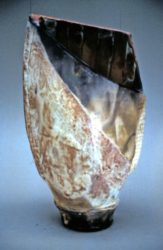 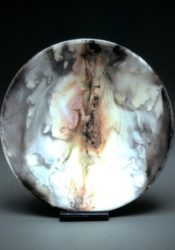 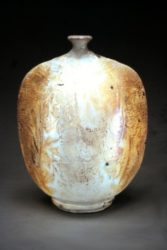 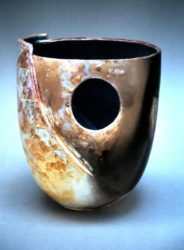 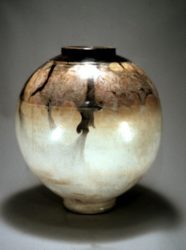 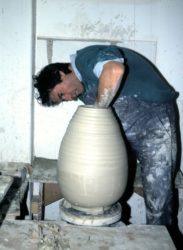 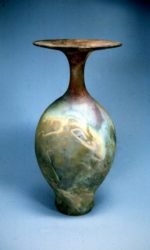 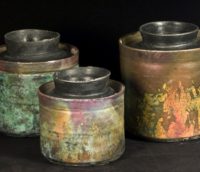 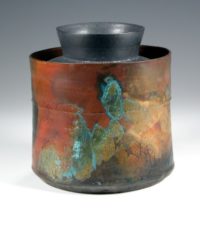 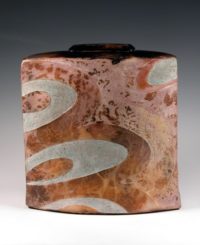 St Ives and a new workshop and gallery

My search for a new workshop with a potential for direct sales, led me to purchase the old Harts Ice Cream Factory, in Fish Street, St Ives. I completed the renovation, and open the workshop; which was fronted by a showroom, in late 1990. I called it St Ives Pottery, which brought me into conflict with Janet Leach, as she regarded the Leach pottery also to be thought of as St Ives Pottery. Janet and I had a very strained relationship, this was from when I had returned from Japan (which is another story), and I did a few years later rename the place St Ives Ceramics.

Alongside my own pots in the showroom, I started to show work of other Potters that I admired. The outcome, was that I was again communicating  with other Potters. I was also making choices which made me question the values, and quality, of pots, that were of styles that were not normally my preference. It broadened my outlook, and increased a desire to be more aware of the qualities of other Potters and their work. It also made me aware of, how stigmatised and dogmatic some Potters become from their training and background.

With the move I had more workshop space, and an outlet to sell more work. So for the first time I employed an assistant, one being a young Potter from the North, who had just moved to St Ives called Sam Hall. This was the beginning of a long-term friendship, and professional relationship. It seemed that with every move, and with every decade, my work changed. Although I continued with the raku firings, I developed a technique of fuming with metallic salts, introducing them onto the burnished and polished surfaces my pots. I used the fuming process to decorate as in nature, and by various methods I had a limited control on the outcome. My goal was to make the surfaces alike to natural objects such as stones and shells. I tried to use natures colour combinations, which can sometimes be bizarre, but always true. I was also reshaping after I had thrown the pot, cutting, sculpting, and moving them into torso like shapes, often giving them a grander stature.

In 1993 the Tate Gallery opened in St Ives. This brought with it a new audience of art tourists. St Ives already had the Leach pottery and the Barbara Hepworth Museum, now with the coming of the Tate it had became a true international art venue. I became the second Potter to be selected to exhibit in the public spaces for a year. All this led to an increase in the traffic through my showroom, which had now started to become a distraction to my work; I needed to move workshops again.

I had seen an old council yard for sale near my home, off Tregenna Hill, I decided to buy it and renovate it into purpose-built pottery studios. In 1998 I moved my workshop into what I now called Gaolyard Studios; as it was on the original site of the old town gaol. There were nine studios including my own,  I hoped to encourage a revival of pottery making in St Ives.

The Leach Pottery had gone into decline since the death Bernard Leach in 1979. There was also a housing boom in St Ives, property had became expensive, and it had become hard to find workshop and studio space. The studios were soon filled – we shared the kilns, bounced ideas, and helped each other with problems. Sam Hall took a studio and helped me run the Gaolyard, I was working on my own, but within a group, I was once again working in an environment similar to that of the Leach Pottery, a time of great contentment for me.