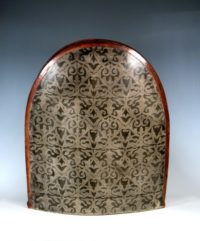 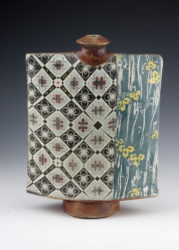 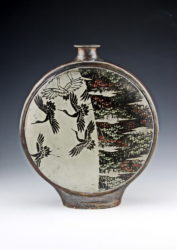 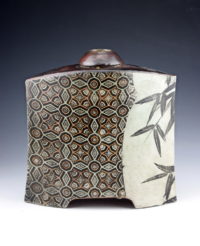 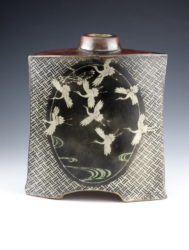 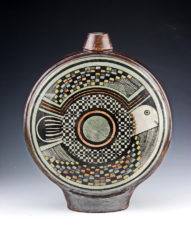 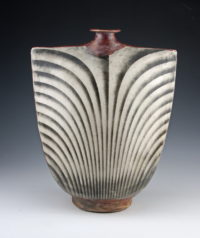 The wings of bird 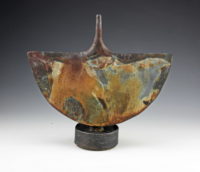 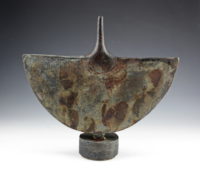 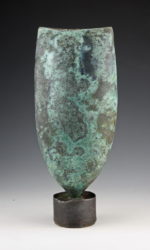 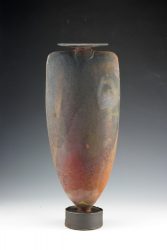 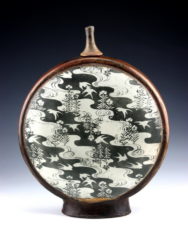 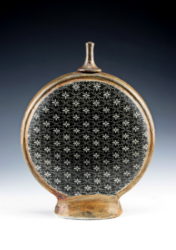 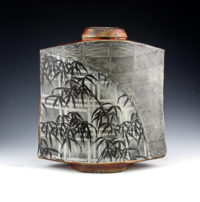 The Leach Restoration and returning to Japan

Moving my workshop gave me space in Fish Street to expand St Ives Ceramics into a multi-roomed gallery space. In 1995 I met David Bowie’s art consultant Kate Chertavian. She had become interested in Studio Pottery, and had included my work in various exhibitions. From this friendship we formed a partnership to buy and sell, heritage pots of international master Potters. This became the CBS collection, and from an initial small budget, it grew into a significant collection of great Potters, past and present. This collection was now housed in St Ives Ceramics, alongside an ever expanding group of works, from Potters I had chosen to stock. I enjoyed immensely buying this work, as it gave me the freedom to indulge in buying and collecting, without the drawbacks of hoarding pots.

After Janet Leach’s death in 1998 the Leach pottery had been put up for sale, and bought by local businessman; Alan Gillam. In 2003 it again came up for sale, and a group led by Lady Carol Holland was formed with the intention of buying, restoring, and bringing the Pottery into public ownership. I was part of the initial steering group which later formed into a group of trustees.

I committed myself fully to the project, I felt an obligation to my past and to the heritage, and value the Leach Pottery had to the town; it reopened in 2008. Along with EU and public money many individuals donated time, money, and pots for the £2.5 million project. I continued to be involved, and in 2016 along with another trustee I became a temporary director for a few months. It was a strange and haunting experience to be in charge of the place I had left as a student 38 years previously.

In 2000 I returned to Japan to work for two months at the Shigeraki Ceramic Cultural Park. While there I met Morihito Wada, and was impressed by the tattooed like decorations in which he covered his pots. I turned my thoughts to applying complicated patterning to my pots. I rejected the idea of decals as this was too restricting, but after many months of experimenting I developed a light-sensitive emulsion I could apply to pots, and expose with UV light. With this method I could make designs on a computer and project them directly onto my pots, giving a single colour image, which I could later add coloured pigments. Over the years I have developed this technique, to be more consistent, and flexible. From the same idea, I also developed a technique to make fabric stencils, that I could wrap around pots to add decoration.

I had long been working with copper in glaze, and in another strand to my work, I had learnt from a friend who was interested in metallurgy, methods of patination. I found I could apply these methods to the finished copper glazed pots, transforming and etching the glaze into a naturalistic coloration. The process also lent itself to more sculptural forms, and it became a kind of alter ego to my other work.

In 2018 I was invited to be the guest resident at the Mashiko Museum Residency. Mashiko and its links to St Ives has been part of my history, so to spend time in the town, and to soak up the rich pottery life was a privilege. Although working with the local materials, was not always easy, it gave me food for thought, and new ideas.

The start of 2020 is turning into an apocryphal year, with the centenary of the Leach pottery, and the 30th anniversary of St Ives Ceramics, massively interrupted by the Covid 19 virus. Who knows how far the economic repercussions will affect, St Ives, the Gaolyard, St Ives Ceramics, and our lives in general, we shall see…